Save Your TFSA, Use Your RRSP To Buy A House

The TFSA the best retirement savings vehicle available to Canadians of all ages. The catch is, of course, that Canadians start using their TFSA for retirement rather than weddings, cars, and vacations.

Because you’re allowed to make withdrawals from the TFSA before retirement, many people use the account as a planned spending catch-all, rather than the powerful investment vehicle it is.

This is a waste of the TFSA’s power and potential, and will hurt your wealth-accumulation in the long run. You don’t need to earn tax-free returns on your vacation fund, but tax-free returns compounded over decades of your lifetime will make you a millionaire.

Because of the new savings power of the TFSA, the RRSP vs. TFSA debate has changed. The TFSA is now hands-down the best place to put your money, until it is maxed out. The RRSP can still be useful to high-earners looking to minimize taxes, but for the average Canadian, it’s no longer worth using.

If your income is greater than $70,000, you may be interested in contributing to an RRSP throughout the year, claiming your contributions at tax time to get an income tax refund, and then using that refund to bolster up your TFSA. If your income is under $50,000, I would suggest you ignore the RRSP entirely and focus solely on your TFSA.

Most low and middle income earners will struggle to maximize the TFSA at its new contribution room, and will not be able to touch, let alone maximize, their RRSP room, but it’s still worth getting as much money as you can in there.

For someone saving 15% of their net income, they will need to gross approximately $90,000 a year to max out the TFSA at the new contribution limit.

Someone earning less than $90,000 will need to save a higher percentage of their income in order to take full advantage of the TFSA.

Like many Canadians, I’ve strategically split my savings between the TFSA and the RRSP over the past few years. I’ve been trying to catch up on both RRSP and TFSA room, with my ultimate goal to be maxing out both accounts.

Because I didn’t start thinking of my TFSA as a retirement savings tool until last year, I used most of it to pay for my MBA and have been slowly replenishing it since I started at my current job. Unsurprisingly, it was a lot easier to spend tens of thousands of dollars in two years than it is to save tens of thousands of dollars in the same time frame, so I have a ways to go.

The RRSP has been frustrating in its own right because I have tens of thousands of unused room, but every year my contribution room increases further as my income continues to go up. I haven’t been able to save 18% of my gross income in my RRSP as I’ve been working, let alone more than that to catch up on lost room.

The only reason I managed to get $25,000 in my RRSP before age 30 was because it had a mandatory retirement savings plan through my first employer out of college. I ended up banking over $10,000 in one account in just two years at that job.

Outside of that retirement plan, I had started my RRSP when I turned 25, and diligently put a few hundred dollars a month in it. Through bullish stock market years and dividend reinvestment, I ended up with a tidy sum over the past four and a half years.

And now my RRSP just became my house down-payment fund.

In Canada, you are allowed to borrow up to $25,000 from your RRSP for a down-payment on your first home. You have to repay this money back to yourself over the course of 15 years, which works out to approximately $140 per month.

Not only this is affordable, the $25,000 down-payment can dramatically reduce your monthly mortgage payments by putting a big dent in the cost of the house.

Furthermore, the money stays in your pocket the whole way through: the funds become equity in your home, it reduces interest you pay and mortgage insurance fees, and finally you only repay yourself at the end, there’s no middle lender in the equation. At the end of the day, money from your RRSP is far better for a down-payment on a home than that saved in a TFSA.

$25,000 in my RRSP, on the other hand, is worth only about $100,000 at retirement, even assuming the same 5% return and 35-year investment term. This is because that income will be taxed at the time of withdrawal. How much tax you pay depends on your income — which in your 20’s is very hard to predict for your 60’s and beyond!

For this reason, it is cheaper for me to remove $25,000 from my RRSP for a house than it is to take it from my TFSA. This was of course still true at the lower TFSA contribution limits, however, it took much longer to save $25,000 in your TFSA when the contribution room was only $5,000 and then $5,500 per year. Now that the limit is much higher and the compounding power is so much greater, making withdrawing from this account even less attractive.

If you’re like me, and have been using both the TFSA and RRSP for the past few years, you might have built up a nice amount of money in your RRSP. You should now focus your retirement savings efforts entirely on your TFSA. If you had earmarked some money in your TFSA for a house down-payment, reconsider using your RRSP instead — your 70 year old self will appreciate paying less taxes! 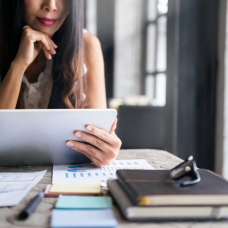 How does a Defined Benefit Pension impact my savings?

Why You Shouldn’t Borrow To Invest In Your TFSA & RRSP

How to Calculate Your TFSA Contribution Limit 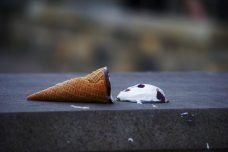 6 Ways Everyone is Screwing Up their TFSA

How much should you have saved for retirement by age 30?