Is Microblading Worth It?

If you follow me on Twitter and Instagram, you probably know I went through the ordeal that is microblading. This is an expensive semi-permanent cosmetic procedure. I wanted it for years, and it was great to finally get it done. But was microblading worth it?

How much does microblading cost?

How much microblading costs depends mostly on the aesthetician that does it for you. As with most things, you get what you pay for.

You should budget your eyebrow microblading cost at $400 to $700.

It’s true that you can get microblading for less, but as with most things, you get what you pay for. Since eyebrow microblading is legitimately a semi-permanent tattoo on your face, it’s worthwhile to spend a little extra money to have it done right. As you’ll read below, I spent just over $700 to have my eyebrows microbladed. I’m glad I did!

Microblading is a form of semi-permanent make-up that involves using tiny needles to deposit pigment below your skin to give you a look of fuller and more defined eyebrows.

Eyebrow microblading spares you the need to use make-up to fill in your brows. It also gives your brows a consistent and professional shape that requires no maintenance. I personally love having microbladed brows because they stay on when swimming, when make-up does not!

How long does microblading last?

Microblading can last up to 3 years, but you will need to get touch-ups done every 12 to 18 months. I went for my first touch-up after 12 months. However, my brows honestly looked fine so I think I will wait longer for my second touch-up.

I’ve wanted to get my eyebrows microbladed for years. But since the process is essentially a face tattoo, I wasn’t able to when I was pregnant or nursing. Because I had my priorities in order, I scheduled my appointment the week after my baby was weaned.

The cost breakdown of microblading

Where you get your eyebrows down and what artist does it will be the largest determinant of the price tag. I paid on the highest end of the scale. But I also saw the same artist that did Mrs. Universe’s brows.

Not everyone needs to get their microblading done by someone who services beauty queens, but I was nervous about tattooing my face. I was willing to shell out extra money for reputation and results. And know what? I wasn’t disappointed.

Expect to spend anywhere from $400 to $700 for the cost of microblading.

While you might be tempted to aim below that range in order to reduce your costs, remember that this is semi-permanent make-up. When you pay a premium you are paying for your artist’s time and talent. You’re also paying for the quality of facilities and the equipment used.

I don’t think I have to tell you how I saved up for it, but just in case there’s any doubt: I set up a goal in KOHO. I think I even mention it in my Koho review video on YouTube! Microblading was my first Koho goal ever. Saving a little bit every day is how I was able to come up with the $$$ painlessly in order to afford it!

Getting permanent make-up is a big deal, so take the microblading process seriously! Not only is it a costly financial investment, but it’s also an investment of your time as well.

How long does microblading take?

Be particular with your eyebrow shape. This is semi-permanent make-up!

Since my brows weren’t going to wash off for years after this appointment, I was super specific with the length, width, and angle before the artist even begun the microblading process. That said, she drew them on so well (way better than I ever have!) that I didn’t have much to change.

Expect your first microblading appointment to take up to 3 hours. The first half of is devoted to drawing your brows on. Seriously, over an hour was spent with the artist carefully drawing my brows, ensuring they were the right shape and symmetrical, and then asking if I was happy with them.

Once your brows are drawn on to the shape that you like, the artist will apply a numbing cream and then begin microblading your eyebrows.

It is painful, but I found less so than getting an actual tattoo. This is maybe because they don’t go as deep into the skin, and because of the numbing cream. It takes approximately 14-21 days for your brows to heal from the microblading procedure.

Day 1-3. Your brows will look big, dark, and dramatic and sting a little if you frown. They heal with a hard dark scab made from tattoo ink and blood. Nice right?

At this time your brows will probably look bigger and darker than you actually want them to. You might be worried you overdid it, but you didn’t! They will heal lighter and thinner than they look at this point.

You’ll be given a petroleum jelly to put on 1-3 times per day. The most important thing is that you don’t get your brows wet.

Day 4-14. From around Day 4 onward, the scab will dry out and start to flake off, sometimes in fairly big chunks. These chunks might leave pale gaps in your brows, making them look patchy.

When the scabs fall off, your brows underneath might look way too light. They may even look like there’s no color at all. You’ll start to worry that you didn’t go dark enough!

You’re still supposed to apply the petroleum jelly and make sure not to get your brows wet. However, by Day 10 to 14, all the scabs will have fallen off and you’ll be good to wash your face normally again.

Day 14-21. Your brows will darken until the full color takes effect. At this point, you’ll be able to know what they look like finished. You can see if you want anything fixed at your 6-week touch-up appointment.

Random sidenote: I have oily skin which makes it quick to heal but also less likely to hang on to the tattoo pigment. I found the hairstrokes of my microbladed brows healed patchy and fade fast. However, the rest of the brow that was darker and more filled in held up nicely.

Thankfully, I knew the oily skin problem would be an issue going in. This is one of the reasons I went with the powdered ombré look in the first place. I love how hairstrokes look, but I knew my skin wouldn’t take them well and I was right!

The result? Yes, microblading is worth it

My eyebrows are perfect 100% of the time. They are actually better than I’ve ever drawn them on myself. I almost never bother to fill in my brows anymore. Honestly, the only time I do have to do anything to my brows is if I’m going out with a full-face of makeup and did not apply my foundation carefully enough so that it makes my brows look less sharp.

Most people cannot tell I have my eyebrows microbladed, so they do not look unnatural in any way. In fact, the only people that guess I’ve had them done recognize it because they have theirs done too!

The main telling sign I see is my natural eyebrow hair is blonde, whereas my microblading color I chose is more an ashy gray. However, I have found over time the difference between the two is less obvious. Now 6 months since I had my eyebrows done, it looks more natural than ever.

I LOVE my brows and will continue the upkeep even though it is a couple hundred dollars each year. Previously I was filling my brows with Anastasia DipBrow at $23 a pop, so at least I’m saving on that! 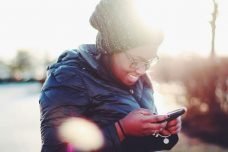 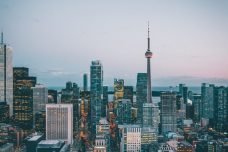 How to Afford to Live in an Unaffordable City 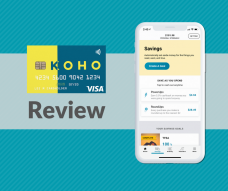 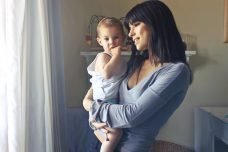 How to Manage Your Finances as a Single Parent

What a Thrifted Wardrobe Taught me about Spending and Saving

How To Create A Budget