The Impossible Price of the Motherhood Tax

Children are expensive. But what may surprise you is children are far and away more expensive for women than men. The “Motherhood Tax” is a term that describes the difference in the financial burden women and men pay for parenthood.

How much does it cost to be a mother?

The cost to raise a child from birth to age 18 is pegged at $250,000. But this number represents only out of pocket costs: food, clothing, extra-curricular activities, and so on.

It doesn’t reflect the hidden costs and sacrifices parents make in lost income by switching to less demanding jobs, declining promotions, switching to part-time work, or even withdrawing from the workforce, temporarily or permanently.

These costs are not borne by each parent equally.

Mothers disproportionately shoulder the financial, physical, and emotional burden of raising children because they are almost always the primary caregiver. Their role is reinforced by cultural stereotypes, societal expectations, and our own biases.

The “Motherhood Tax” or the “Motherhood Penalty” is used to describe the financial penalty women experience for having children. It encompasses everything from being passed over for a job to being perceived as less competent in the workplace. For women, having a child is singlehandedly the largest financial risk they can take in their lifetime.

The best predictor as to whether a woman will file for bankruptcy is motherhood. – Jean M. Twenge, Generation Me

In fact, motherhood appears to be at the heart of the gender wage gap. Women and men actually enjoy similar pay for their work throughout their 20’s, then women experience a sharp drop in their earnings that coincides with the birth of their first child, from which they never recover. To add insult to injury, men actually enjoy slightly higher earnings when they become fathers.

This chart from a study in Denmark pretty much sums it up (https://t.co/27MMCAysng)

Having even one child will permanently cripple a woman's long-term earning potential, whereas it often has a slightly positive affect on a man's pic.twitter.com/IQFIRkiZVE

It’s worth noting is that the Motherhood Tax affects women who don’t even have children. In the workplace, even the perception that you might someday go on maternity leave makes you less likely to be promoted or paid fairly.

As a woman, you may never want kids, but you’ll end up paying part of the motherhood tax anyway because people do not respect, believe, or understand your choice. In other words, the lack of support for mothers is bad for everyone.

Whether or not to have children is an individual choice, but it is not a national one

We need people to have babies.

The short of it is a country needs to have a fertility rate (number of children born per woman) of at least 2.1 in order to maintain their population. However, most first-world countries are far below that and their populations are growing by immigration alone.

Immigration isn’t bad, but it maintains a consistently aging population, and a healthy society needs a young workforce to be productive and profitable, and take care of the old! However, if we make having children unaffordable, we can’t raise that younger generation to sustain our society.

When I’ve suggested things like government or employer-sponsored childcare in discussions with my childless friends, I’ve experienced ignorant protests like, “but it was your choice to have a kid!” and “I don’t want to pay for your kids’ daycare!”.

You need my child much more than my child needs you

You need my baby to grow up and get a part-time job serving you coffee. To get an education so she becomes a working professional that contributes to technology, science, medicine, engineering, law, or art. You need her to be your doctor or your real estate agent or your car mechanic.

To pay taxes so you have access to healthcare, public parks, and roads. You need her to pay employment insurance so you are protected from a layoff. She will contribute to the national pension plan so you have income in retirement.

You, as a citizen that enjoys the benefits of living where you do, need women to have children in order for those benefits to continue. So why, if women are the bedrock of our society, do we treat them so poorly? Why must we pay the Motherhood Tax on top of everything else?

If you have 15 minutes to spare, there’s an excellent TEDTalk that laments how a lack of support for mothers is a national issue.

The primary focus of that TEDTalk is a lack of paid maternity leave, but her points can be easily applied to the sky-high financial costs that run right alongside it: childcare.

I think affordable childcare is a woman’s issue, with a priority second only to a woman’s right to choose. It seems an extreme position until you break it down.

If you want to leave a comment about how the emotional benefits of leaving work to raise babies is the best ever, I’m just going to assume you didn’t read this post in its entirety. The reality is most mothers will work in some capacity, by choice or otherwise, and we need to find ways to support them.

Children have two parents, and both parents are responsible for their care

When you read that above statement, it makes sense. Why then do we say nonsense like, “so much of my salary was going to childcare, it just made more sense for me to stay home”

A woman’s salary goes no more to selectively pay the whole childcare bill as it does to selectively pay anything else. Imagine giving a friend a tour of your home and saying your salary paid for only the living room and the guest bathroom. You wouldn’t because that’s ridiculous.

It is equally ridiculous for a woman to claim her income alone pays for childcare. That’s what the Motherhood Tax is.

Men do not get to pay $0 in childcare costs.

Part of their wage goes towards childcare, just as it goes towards the mortgage or the grocery bill, or whatever other household expenses you have.

But it’s hard to change our perspective. Women are almost always the primary caregiver for children, and this role is continuously reinforced by familial, cultural, and societal expectations. This is something that needs to be remedied so fathers can become more equal parents, but in the meantime, it creates an extraordinarily unfair connection between the financial cost of childcare and women:

Lack of affordable, accessible childcare is anti-feminist because women disproportionately bear the brunt of childcare costs.

90% of stay-at-home parents are women. They are the ones that withdraw from the workforce to raise their children, sacrificing their careers to do so. This is a more insidious part of the Motherhood Tax because it makes it feel self-imposed. As indicated in the graphs I shared above, their income never recovers.

Those that go back to work, do so part-time or in less competitive and demanding (and therefore, high-paying) jobs. But when we bring this up, it makes people so uncomfortable they feel the need to immediately justify their lost wages as “worth it” because they got to have children.

But let’s not forget that men get to have children AND high incomes.

How to support working parents

Honestly, the first thing everyone should do is recognize that parents are holding up the entire future of our society and deserve our praise, respect, and encouragement. They are literally keeping the next generation alive and there is no recognition for that. But on a more practical level, there are a few things we can do:

“Use it or lose it” paternity leave of at least 3 months.

Designated paternity leave, instead of simple parental leave that can be taken by either parent, will accomplish a few different things to help make things easier for both men and women.

First, it will make it easier for dads to take leave to care for their newborn and better support their partner. After I gave birth, I likened the first few weeks post-partum akin to recovering from a traumatic car accident. You need someone there to help you. But aside from supporting the mother, providing fathers with paternity leave also helps them.

Fathers too, are adjusting to becoming a new parent. They’re also sleep deprived. They also want to cuddle and care for the new member of their family. Paternity leave is a way for us to value fathers, and to support and empower them to take a larger role in the care of their children.

Flexible choices in paid time off.

I personally felt physically and emotionally ready for longer stretches away from my baby by the time she was 6 months old. Some mothers are ready to go back to work sooner, others need more time.

Canada offers up to 18 months of partly-subsidized parental leave, which is great but lacks flexibility. Parents can take either 12 months or 18 months. They cannot take 6 months or 15 months or any alternative time span.

While overall a minor issue when compared to the complete lack of paid parental leave in the USA, it is still something that could be adjusted with positive results for parents and employers.

The ridiculousness of the 8-hour workday deserves its own post entirely, but we’ll save that for another day. I’m going to assume most employers have an inkling their employees are not productive every minute of every workday. Furthermore, a sleep-deprived stressed-out new parent missing their child is NOT at their working best.

Rather than trying to force parents to adhere that serves their childless colleagues, you’re like to see more success if you cater to moms & dads instead. Let moms return to work 10 or 15 hours per week for a few months before they jump right back into 40.

Give parents flex days that they can use to pick their child up from school or take them to a doctor’s appointment. Let parents work from home when possible, so they can avoid the hassles of commuting or have a shot at conquering the never-ending mound of laundry.

This is the point childless people will start crying that parents are getting more “free time”. Anyone that thinks parenting is a “vacation” or “time off” can come to babysit while I go into the office.

If you don’t want your employee to work from home 2 days per week and you do believe you can squeeze more productivity out of them by chaining them to their desk more hours of each day, one of the easiest ways to do that would be to put a daycare in your office building.

This would also help women return to work sooner after having a baby. It would shorten the time they have to spend away from their infant, as well as make it easier to do things like breastfeeding.

I have yet to have an 8-hour workday since having a baby. But that’s only because it’s logistically, emotionally, and financially challenging to be apart from my child for that long. If I had affordable care in my office building, it would be easier for me to sit down at my desk for the whole workday, popping down to the daycare to breastfeed or to take a break and spend some time with her before returning to work. I’d be happier, she’d be happier, and I’d also be able to get way more work done.

It’s true that children are 100% worth their exorbitant price tag. But maybe we should start making people other than mothers pay the entire bill. The Motherhood Tax is one that should be eliminated. 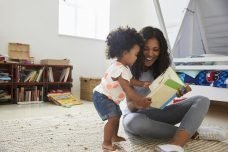 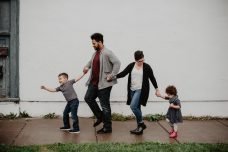 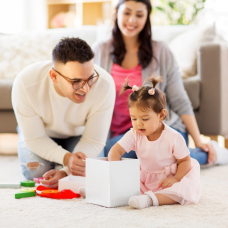 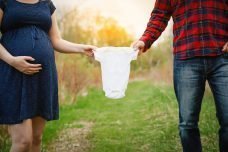 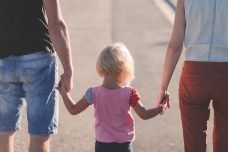 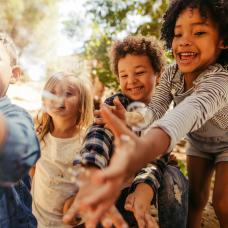 How much does it cost to raise a child?