How To Financially Plan For An Unplanned Baby

I had a positive pregnancy test in hand only 4 days after I had moved into a new one-bedroom apartment.

I hadn’t even bought living room furniture for my new place yet, let alone unpacked. I sat in my bathroom trying to wrap my head around those two pink lines, then promptly went to my computer and canceled all the speaking events and conferences I had planned to attend in the summer.

The weeks and months that followed that first day that I entered motherhood were marked by some of the most heartbreaking, agonizing, and terrifying moments of my life. I’m still going through it, though the shock has at least worn off.

50% of pregnancies are unplanned

If you’re already rolling your eyes at my “accident”, please stop. I, too, used to nod with fake empathy whenever a pregnant woman insisted her chosen method of birth control failed — and now I’m paying dearly for all my smug doubt.

During one of my many late nights googling all things pregnancy related, I learned 50% of pregnancies are unplanned. Furthermore, women elect to carry 57% of those pregnancies to term.

In other words, my unplanned pregnancy and my decision to keep the baby made me part of the majority for my situation, even if my circumstances initially felt achingly lonely.

Until now, I’d never had so much as a pregnancy scare. I never worried “what-if” at any point through college or my early career. I had the privilege of being pro-choice without ever having to make the choice. I trusted birth control implicitly. I thought it was hard to get pregnant. I never thought this would happen to me.

To say the timing is bad is an understatement

I normally don’t like to share emotionally heavy life-events online until they’re long over. I don’t have that luxury with my pregnancy. It’s too obvious to hide and too all-encompassing to ignore.

My child became the centre of my world the moment I learned of her existence.

By the time I will be able to vocalize why this all happened the way that it did, I will still be in the thick of motherhood, tackling some new soul-stretching, resilience-building, heart-expanding feat with her. This is who she is to me, I already know this is who she will always be.

Over the past few months, I’ve told friends and family about my pregnancy while grappling with the lifetime financial and logistical challenges of adding a child to a life already operating at maximum stress.

I was only a year into self-employment, and while I had survived that dreaded first year of business with a profitable, self-sustaining company, I hardly wanted to add a child to the mix. Every business decision became suddenly weighty and consequential.

I couldn’t experiment or take risks because any blow to my bank account could spell long-term disastrous repercussions. I couldn’t be frugal anymore, either. Pregnancy necessitated a new wardrobe, plus a hoard of additional expenses like expensive vitamins and birth classes, not to mention no freedom whatsoever to subsist on rice and ramen if I had to skip a paycheque or two.

The months have ticked by in alternating states of wild productivity and paralyzing panic. Sometimes I’d find those inspiring single-mother entrepreneur stories and think, “that’s all this is! I’m going to figure it out and everything will fall into place because I’m working so hard! I’ve never been so motivated and creative in my life!”. The rest of the time I thought, “I am one of the failures they don’t write about” and would cry helplessly in the bathtub for two hours.

I lost entire days to my grief, sweatpants, and Netflix. I lost even more in pure, unadulterated joy: my baby’s ultrasound photos, her gentle kicks while I work, the very thought of her in my arms, and in my life, forever.

How to afford an unplanned pregnancy

They say the average cost to raise a child in Canada is $250,000, which means an unplanned pregnancy is more or less the financial equivalent of being signed up for a small mortgage while unconscious. You wake up dazed and shackled to a bill for an amount that seems comical in its size.

If you’ve always wanted a house but you’re not sure you can afford it, do you bail or do you find a way to make it work? If you’re up for the challenge, here are my suggestions for managing your unplanned pregnancy:

1. Make your decision based on more than the financial implications. I’m never going to tell anyone whether or not to carry a pregnancy to term, or what reasons should make or break their decisions, but I do want to encourage you not to let finances be the deciding factor either way.

When you first find yourself unexpectedly pregnant, how to afford another human will easily make its way to the top 3 of your List of Main Concerns, but don’t let it be the only item on your list.

Money is important, but it’s not everything. If everyone made their decision as to whether or not to have children based purely on financial considerations, no one would have kids.

2. Realize that you have 9 months to get your financial shit together. One of the best things about pregnancy is that it lasts a long time. A really long time.

Pre-pregnancy you probably thought human gestation was only 9 months, but it’s actually 40 weeks which makes it more like nearly 10 months. Whether it seems like it or not when you’re battling 24/7 nausea or needing to go to bed at 7 pm, nearly-10-months is long enough to re-jig your budget, earn more income, and find a solution to manage your debts.

Virtually everything is more manageable when you realize you probably won’t need to buy any maternity clothes until your second trimester, and your first daycare bill is probably more than a full year away. Your baby is not arriving next week. Chill.

3. Don’t let your stress and worry keep you from enjoying the good parts. One of the best pieces of advice I received very early in my pregnancy was to enjoy it. When you find yourself accidentally pregnant, it’s easy to feel so awkward, ashamed, and guilty that you don’t feel entitled to beautiful experiences. Don’t cheat yourself.

You’re allowed to buy cute maternity clothes, dream about your baby, and enjoy every single tiny flutter and kick. Things will be hard, and people will tell you that it will be very hard (and they’ll say it with that awful look that’s two-parts pity and one-part doubt that you’ll even be able to manage), but when you get the parts in your pregnancy that are easy and fun, indulge.

I found I could acknowledge the impending financial and logistical challenges of single motherhood while simultaneously falling deliriously in love with my growing baby. These things are not mutually exclusive.

No matter what your circumstances or how many challenges you’re facing, you’re still entitled to all the joys of pregnancy and motherhood. Take them unapologetically.

4. Plan for what is in your control, do your best with what is not. If you’ve been procrastinating any responsible adulthood tasks, few things will scare you out of your laziness like an unplanned pregnancy.

Mere weeks after my positive pregnancy test, I set up a health spending account through my business and signed up for private health insurance. I made a baby budget that would let me upgrade to a 2-bedroom apartment. I drafted blog posts, email newsletters, and scripted YouTube videos to publish during a self-funded maternity leave.

I haven’t gotten everything figured out, but I’ve managed to organize enough within my control to no longer feel like the sky is falling. I’m still winging the rest of it, and I don’t feel bad about that.

Most people will tell you that you “can’t plan” for children. They’ll arrive on their own time, in their own way, and their sleep schedule will be wholly out of your control. But you can plan for diapers and daycare and other things within the realm of your control, so focus on that.

No one is really planning anything anyway

I know many people try to plan their pregnancies around the rest of their lives. Often when people wanted to talk to me about pregnancy, they liked to share how they were really looking forward to starting a family after they traveled or bought a house or secured a promotion.

I tried to feign understanding, but I could feel my eye start to twitch whenever someone told me they were putting off “trying” in order to attend a friend’s wedding in a region with Zika.

Maybe I was jealous of their sense of control and order over their lives when I seemingly had none. Maybe I was already cynical and jaded enough to be anything other than quietly amused by the ridiculous notion that you have any control in the first place.

For all the time we spend meticulously planning our lives and our finances, many things will be outside of our control. An unplanned pregnancy is only one possible scenario. Earlier this week my friend Barry shared his post:

How Much Does IVF Cost?

We represent opposite situations, but the heart of the matter has one big similarity that’s too often forgotten:

Sometimes your family planning doesn’t go the way you planned, and it ends up costing you a lot.

In the early months, I wavered between staying self-employed and going back to a traditional job. I lusted after a steady paycheque and health benefits the way you would standing in front of a buffet after months starving on a deserted island.

Rejoining the traditional workforce would have meant I was entitled to Canada’s luxurious government-sponsored year-long paid maternity leave. As an entrepreneur, my maternity leave was entirely my responsibility and no one was going to help.

I chose it anyway.

I’m now signed up for single motherhood as an entrepreneur. I’m not sure I can think of a more daunting financial undertaking.

We don’t always get to choose exactly how our biggest life events play out. Sometimes managing your finances is a lot more about adapting to changing circumstances rather than planning for them. Of course, I always knew this (see Financial Black Swans: Why Your Money is Never Wholly In Your Control and The Future You Are Saving For Does Not Exist), but I didn’t expect to put my perspective into practice in such a big way.

Where we go from here

Going forward I will be creating content around the costs of pregnancy, how to afford a baby, and more. This will never become a parenting or mommy blog, but many millennials are parents now and it’d be remiss to neglect the financial implications of this major life event, especially as it becomes part of my own story.

I’ve been filming regular pregnancy updates for YouTube for months, which means even though I’m making this announcement only one before I enter my third trimester, you haven’t missed a thing. You can view my pregnancy video playlist HERE.

I’m excited to share this new twist with all of you! 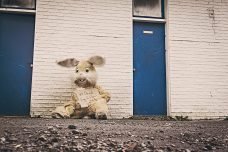 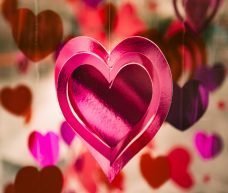 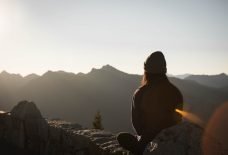 The Unbudget: Giving Up Limits, Getting Back Your Life