Die With Zero: Your Retirement Savings Strategy is Wrong

If you’ve been following the advice of the personal finance community when it comes to saving for retirement, chances are you’ve gotten it all wrong.

First, is the focus on accumulating as much as you possibly can in your investment accounts. That’s wrong.

Secondly, there’s foregoing big and small joys in life, from lattes to vacations, in order to have more money. That’s very wrong.

In fact, if you’re over the age of 30 and your TFSA and RRSP are maxed out, there’s a good chance you’ve already overshot your retirement and you need to stop saving immediately.

If this shocks you, it’s because all of us in our pursuit of financial independence have forgotten the most important part of having lots of money in the first place: so it can buy you a lot of life experiences.

The point is to get a lot of life out of your money, not the other way around.

In fact, in an ideal world you would die with $0 left in your bank accounts.

Because none of us know when we will die, you won’t be able to time this perfectly. But you can get a hell of a lot closer than where you’re probably headed right now.

How Die With Zero ruined my life

The book Die With Zero should only be read if you’re ready to unlearn most of what you’ve been taught by the personal finance community.

I came across it by accident. One random day I wondered aloud on Twitter what would happen if you didn’t adhere to the 4% safe withdrawal rule? What if instead you were ok with diminishing your investment accounts a little in retirement?

I was expecting a short twitter discussion about whether 6% was a better number, but then someone recommended Die With Zero and my life was ruined.

The book suggests purposely trying to run out your investment accounts to zero, or as close to it as you can get, by the time you die.

Although we all have at least the potential to make more money in the future, we can never go back and recapture time that is now gone. So it makes no sense to let opportunities pass us by for fear of squandering our money. Squandering our lives should be a much greater worry.

Within a week I was a Zero-evangelist, extolling the virtues of not merely dipping into your principal investment balance, but obliterating it entirely in your lifetime. Stop saving, start spending!

My turnaround from diligent investor singularly focused on amassing as much wealth in my lifetime as possible was swift and severe. I had always wanted my money to fund my dreams but I had suddenly come to realize I had to figure out what those dreams were ASAP because realized my life was short, my youth limited, and my bank account primed for raiding. It was like a second-wind of YOLO. Do you guys remember YOLO?

The book Die With Zero itself is not the best written and has virtually no math, so I was left to build and adjust my own spreadsheets. It’s been a couple weeks and I still cannot find a way to turn 95 without $750,000 left, but I’ll figure it out.

In the meantime, I’m trying to undo the indoctrination of the personal finance community I’ve been a part of for the past decade.

How to optimize your money and your life

Optimizing money has always been simple because it’s a math problem with relatively few fixed variables. Optimizing your life is a complex nuanced ordeal with a wide range of ever-changing variables, some of which aren’t even dollar amounts.

The figure you should be solving for is maximum joy, which is not the same as maximum dollars. But if you want to get the most life out of your money, rather than the most money out of your life, here is how you do it:

The personal finance rule that you need 25x your annual income to retire is wrong. You need about half that.

This means if you’re comfortable living on $100,000 right now, you should aim to have $1 million dollars in the bank at the age you retire.

That figure is low. It’s a full half of the amount you’ve previously been told you need. But it’s enough.

You will know it’s enough because there are some uncomfortable truths about retirement we need to accept. The first being that, in your retirement, you’ll be an old person.

You’re going to be old, boring, and very frugal when you’re retired

At the beginning of your retirement you’re only going to be sort of old but then very suddenly you’ll be really old. Imagine yourself at 65. Now imagine yourself again 10 years later at 75. See what I mean?

When you’re really old, you’re not going to be gallivanting around the world on a yacht (assuming the world is even still habitable then). You’ll probably be doing puzzles at the table and listening to true crime podcasts. If you thought you were frugal in your 20’s, wait until you meet yourself in your 80’s.

Now that I am forcing myself to imagine the last decades of my life I’m realizing they are not filled with international travel and luxury cars. I will probably stay close to home, and spend my time reading, cooking, and painting.

Even the things that I enjoy right now that don’t require any degree of physical fitness, like buying Louis Vuitton bags, probably won’t have the same lustre in my old age. I might still ooh and ahh over fashion magazines in my retirement home, but I already can’t think of any good reason to buy the clothing on their glossy pages when I’m an old lady.

Most people’s spending in their 70s and 80s is low, and mine will be too. As a result, I need a lot less for retirement than I previously thought. (And am apparently better off buying my designer goods now so I can enjoy the memory of them in my old age!)

“Building generational wealth” is a popular theme in personal finance now. Growing up in a world almost entirely defined by wealth inequality has made the prospect of becoming the creator of a family dynasty seem alluring.

But our lifespans are so long that passing on wealth to your children has become moving money from one old person’s bank account to another.

The average age to receive an inheritance is 60, but most people say the best time to receive one is age 25 to 40.

It makes sense. Early adulthood is about getting your financial footing. You might have student loans to pay off and you’re just starting investing. If you try to take on big expensive tasks like getting married, buying a home, and having a family, you’re likely to find your dollars stretched pretty thin.

I lived this. I’m 35 now and the past 10 years were a financial slog. It was hard to get a bachelors degree, get a masters degree, start a company, and have a baby. It would have been so much easier to have even one of those big life tasks come without a five-figure price tag.

Today, an $10,000 in extra income would be nice but not life changing. But 5 years ago it would have made all the difference in the world.

After reading Die With Zero, I’ve decided that I will not be leaving my daughter a massive inheritance and give her big cash gifts earlier in life instead. This will allow her to get the maximum amount of life out of that money, even if it ends up being a lesser amount than I would leave her when I die.

You should plan to spend more money on life experiences from age 40 to 60, even if it decreases your retirement account balances

Now that we know you’re not going to be living it up and spending wild at age 87, you have to think about WHEN you do want to spend your money and on WHAT.

Your best bet? Life experiences with friends and family you care about during the years when you have the most health to enjoy them.

For most people, the best time to spend your money is going to hit around age 40 through age 60. This is when you’ll still be young, fit, and mobile enough to really enjoy whatever money can buy, while also coming far enough after those early years of financial scramble for you to be able to afford it.

The difficult part of this is these years come before traditional retirement. So you’re going to have to talk yourself into spending some of your nest egg long before you quit working.

We tend to think more money is always better, but money doesn’t do actually anything for you until you spend it. A 45 year old that spends $1,000 on a trip or a party is better off than a 75 year old who has $10,000 they don’t need.

I focused on getting a high balance in my investment accounts a lot more than I ever focused on exactly what I would with that money. I actually never really considered what all the money I was saving and investing would be for, exactly.

It’s a tough shift for me to make.

As a financial expert, I feel obligated to be very financially successful on paper. Surely the balance in my investment accounts reflects how good I am at my job! If I start reducing my wealth can I still talk about building wealth? It’s a personal crises wrapped up in an existential one.

But I know the point of money is the buy you the life you want. And it can’t do that sitting in your bank account.

Too many people are making the mistake of investing in their future well past the point when those investments will ever pay off in ways that increase their overall lifetime fulfillment.

Dying with money leftover is a miscalculation and a mistake. Every dollar you die with is a missed life experience.

I had never thought of it that way before, but now that I do it’s chilling.

Every dollar that remains after you die represents hours you worked that didn’t generate any value for you. If I earn $100,000 per year and die with $250,000 in my bank account, it’s the same as working 2.5 years for free. Terrible!

Now I’m trying to convert my money into life experiences in the most efficient way possible. I’m 35, which means I likely have about 50 years left but only the next 30 will I be in my best health. Now is the time for “big” experiences, not retirement!

You likely will never know the day you die, so you can’t plan to run out your retirement accounts by that day. But you can get close, and your focus should be to get as close as you possibly can. Dying with $200,000 left is better than dying with $2 million.

money has absolutely no value to you when you’re dead—that’s why I say you should die with zero.

Wealthsimple vs Questwealth: How These Robo-Advisors Compare 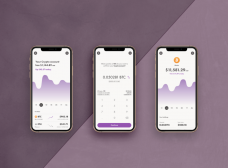 Why You Need to Put at Least 10% Down On Your First Home (and How to Save It!) 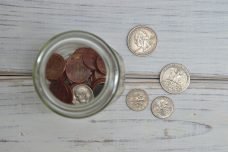 Why You Should Practice Poverty For One Week This Year