Owning a home in Canada is a desirable milestone in life. In fact, according to a 2018 CIBC poll, 94% of millennials want to buy a home one day. However, 40% of those same millennials aren’t sure that dream is realistic because it’s so hard to save a $40,000 down payment. To these numbers, I can relate — and you probably can, too.

You’re probably wondering how this is possible, and to be honest. I ask myself the same question almost every single day. How did my husband and I save $40,000 in three years without eating Ichiban and Kraft Dinner for every single meal? You ask while assuming we asked our parents for a handout.

Believe it or not, step one in our journey wasn’t asking our parents for help to buy a home. Instead, step one was crunching the numbers on our homeownership dream.

When it comes to preparing for the financial burden that can be homeownership, there are a few key details to sort out. First, we researched which neighborhoods would match our price range and found that entry-level markets were the best option. From there, we got into the actual numbers that would get us to our goal.

The numbers were overwhelming, but at the same time, realistic. I can’t say the same for other major cities across Canada. If you plan to buy a home in Vancouver, whose average sold price rings in around the $1.7 million-mark, you might need to save a heftier chunk of change. Say $170,000. No big deal, right?

After a few months of doing research, we knew we could achieve our goal. That’s when we started to get serious about our financial future.

Forget about the Joneses

For starters, we made changing our lifestyle a huge priority. The basis of this lifestyle change was simple: increase our income and lower our expenses. In 2016, we both worked in the not for profit sector earning entry-level salaries and renting a suburban condo that overlooked a natural park. In other words, we were only able to save so much living in the sixth most expensive city in Canada.

We had to get extreme, which I think we can all agree that to buy a home in Canada, you’ll have to be. Therefore, when my husband was offered a three-year contract in Fort McMurray, Alberta, we jumped at the opportunity.

We sold one vehicle and most of our belongings, packed up a truck and drove seven hours up north to a new city. Two months after making the move, I started a new position working from home, and as a pair, we were able to increase our income by 46%.

When you move to a city where you don’t have a community, where you’re able to walk to work, and where you don’t have the amenities a major city does, you tend to lower your expenses by default. Although our rent increased as we were living in a larger townhouse, the rest of our expenses decreased. This left us with the ability to funnel four figures to our down payment fund every single month.

Work hard and then work a little bit harder

We’ve all heard of side hustles. In fact, we’ve heard a lot about them. To the point where we never want to hear about them again. However, I’ll be the first to admit that if you want to earn more money but can’t increase your main source of income, the best way to do so is by finding another one. In the past four years, I’ve worked as a freelance writer, influencer, marketing contractor and sports statistician on top of my full-time job. You name it, I was probably finding a way to squeeze it into my schedule.

“If something is truly worth it and aligns with your values, it will feel manageable and purposeful, even if it can be overwhelming at times.” – Let That Sh*t Go

Working side hustles not only increased my income, but these opportunities provided more flexibility in terms of payment. All this means is that I wouldn’t receive any payment until the end of the contract. The only downside to this method would be that I wouldn’t receive a payment each month and it sometimes felt underwhelming. However, because I was working full time, it wasn’t too much of an issue.

This way, when payday finally rolled around, it wasn’t $500 here and there, but rather five figures that I could immediately transfer to my high-interest savings accounts or investment tools. Which leads me to my next tip.

Living in Canada, you’ll know that most of our banks don’t offer a great return on interest for their savings accounts. Sure, you’ll find the occasional account that hits you with that greater than 2% return. However, for the most part, you’ll be receiving only a few cents back every month on the savings you keep. I learned very quickly that if I wanted to see a return higher than 3%, I would need to invest my money — and fast.

I chose to diversify my money as it lowers the risks of loss during significant market events, and put a variety of funds into my RRSP, TFSA and Wealthsimple account. I’ve got GIC’s, ETF’s and an array of other acronyms that scream “what’s going on?” that are all available for withdrawal come the days and weeks leading up to when I’ll need to get a mortgage.

Another thing to consider is that some of these investment tools provide assistance to save a $40,000 down payment. For example, if you use your RRSP for the First Time Home Buyer’s Plan, you’ll be able to withdraw up to $35,000 for a down payment on your first home. Your partner is also eligible for the same, which would provide a total of $70,000 for you to save a down payment.

At the end of the day, the task to save a $40,000 down payment probably sounds overwhelming considering how many strings I’m pulling just to scrounge together 10% of a mortgage. However, according to Genworth Canada, 59% of millennials already own homes. Therefore, I can’t be the only one whose attempting every single tactic that exists to save money and save money fast.

The only things that truly helped me save were a modest lifestyle, multiple streams of income and a diverse investment portfolio, which will finally allow me and my husband to break into the Canadian real estate market. 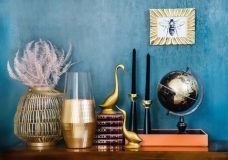 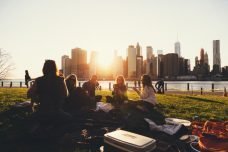 Alyssa Davies
Alyssa is a content specialist for Zolo.ca and founder of the personal finance blog, Mixed Up Money. She writes about being a mom, overcoming personal debts, real estate, and how to get away with affording your ridiculously expensive latte habit.